For tennis fans, the arrival of The Championships (“Wimbledon” for non tennis buffs) is the pinnacle of the sporting year. Gentlemen and ladies take to the finely manicured lawns of The All England Lawn Tennis and Croquet Club (that’s a mouthful) to determine the champions of the sport’s most prestigious major. As the drama unfolds this year, let’s take a look at 10 things Wimbledon can teach us about business.

1. WEAR NICE CLOTHES
Since 1963 entry conditions for the Championships have stated that except for a cardigan, pullover, or headwear, competitors must be dressed predominantly in white. In 1995 this condition was clarified to mean ‘almost entirely white’ (source). This hasn’t stopped a special few from making unique fashion statements: 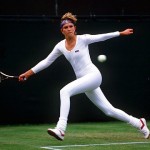 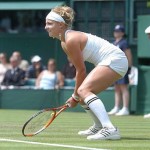 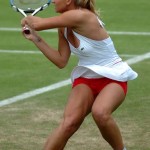 Before you make your own fashion statement in business, think about how what you wear reflects on you. It probably isn’t the best idea to roll in to big meetings dressed in your pajamas. Find something you like, infuse it with your own style, and make sure it fits the situation.

2. PAY YOUR RESPECTS
Up until 2003, players traditionally bowed/curtseyed to members of the Royal Family on entering or leaving Centre Court. Now they only show their respects for the Queen and the Prince of Wales (source). 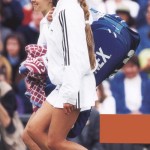 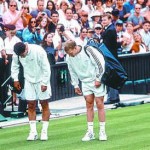 In business, some people have been around longer than you. They are older, wiser, and believe in an institutional pecking order. Whether or not you think they deserve it, show them some appreciation, and you’ll be surprised just how far that gets you.

3. IMPROVE YOUR VOCABULARY
If you expect to win Wimbledon, you’ll need to stick around for the entire fortnight. That’s the duration of the tournament. You’ll also need to brush up on a slew of other words to navigate the tournament, let alone the sport of tennis in general (i.e., “love” isn’t a feeling, it’s a score).

fort·night  [fawrt-nahyt, -nit] –noun
The space of fourteen nights and days; two weeks.
The span of time to win Wimbledon.

While it’s best to speak in simple terms in a business setting so the greatest amount of people can understand you, having a strong control of vocabulary gives you the ability to express and understand the finer, more subtle, points. It also makes you look smart, which adds credibility to whatever you’re doing.

4. TAKE SOME RISKS
Not only do the players at Wimbledon take the occasional chance on a big point, but the fans get in the action too. Wimbledon has long been known for its adventurous streakers. One of the more famous nude jaunts of late occurred during the Women’s 2006 quarterfinal match between Maria Sharapova and Elena Dementieva, in which fans and players alike were treated to some birthday suit gymnastics. Risk: going to jail, fines, and public humiliation. Reward: 5 minutes of fame and making Ms. Sharapova blush. 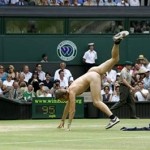 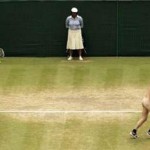 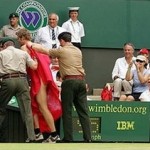 A fundamental tenet in business is to maximize return while minimizing risk, but it’s very rare that risk can be eliminated. Simply being in business carries with it a certain degree of risk. Ideally, you’d play it safe and keep risk down while being successful in your business, but sometimes a bigger risk is necessary to jumpstart growth or get to the next level. Just remember big risks are like playing with matches. One wrong move and you could burn everything to the ground.

5. SERVE TASTY FOOD
While most spectators at Wimbledon don’t go for the gourmet food experience, they do have the opportunity to chow down on the event’s signature snack: strawberries and cream. Some years, hungry visitors consume over 2 million berries (source).

Whether its to win or retain business with clients, or to keep morale high on your own team, good food goes a long way to making everyone happy. And happy people translates to better business.

6. FIND RELIABLE VENDORS
Wimbledon has relied on Dunlop Slazenger to provide tennis balls since 1902 (source). Granted, it took them 30 odd years to find the right vendor, but now this is one less thing they’ve had to think about…for over a century.

By finding reliable service providers, you can spend more time working on your business instead of working in it. Gone are the days you have to wonder whether the product delivery will be on time or if the material will be up to par. Now you can focus on retaining current clients and finding new customers.

7. BUILD GOOD HABITS
During the Championships, the Head Groundsman ensures the courts are white lined, rolled and cut every day. It takes regular work to make sure what is by nature a variable surface plays as consistent as possible (source).

Will Durant summarized Aristotle by saying, “We are what we repeatedly do. Excellence, then, is not an act but a habit.” Much in business as in life, this holds true. If you want to build a successful company, the cornerstone is dedication to doing the things that lead to success. Success rarely comes overnight, so build the necessary habits to get you there.

8. ALWAYS BE PREPARED
Death. Taxes. And rain at Wimbledon. All certainties in life. In 2009 Wimbledon unveiled a roof over Centre Court, and for the first time in the tournament’s history prepared itself for the inevitable downpours. Now play can continue and everyone stays dry and happy.

At some point in your business, things won’t go according to plan. When that time comes, your preparation and planning oftentimes determines how you weather the storm. While improvisation is an important skill, anticipating different scenarios and preparing for them will help you stay more in control of an adverse situation.

9. BECOME DOMINANT
Someone must have mentioned to open era players Bjorn Borg, Pete Sampras, and Roger Federer that good isn’t good enough. These gentlemen won the Championships 5, 7, and 6 times respectively. On the ladies open era side, Martina Navratilova (9), Steffi Graf (7) and Venus Williams (5) have been the dominant players. 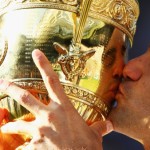 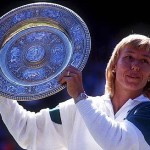 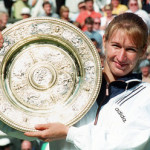 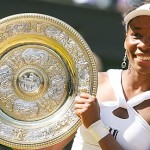 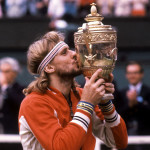 A lot of people and businesses settle for second best. They might do something good, only to rest on their laurels and be passed up shortly thereafter. Whether it’s a physical, mental, social, emotional, or even spiritual quality that separates good and best for you and your business, don’t stop searching until you find and implement it. True fulfillment of your highest business potential is on the line.

When you believe you’re right, stand up for convictions. Maybe they turn out to be wrong in the long run, but at least you did what you thought was right at the time. Ultimately, it’s about being true to yourself.

If you have any other things Wimbledon teaches about business, please feel free to add them in the comments. Thanks!

Michael is an entrepreneur based in Denver, CO. Read more....

Even if you don't visit murf.com on a regular basis, you can stay tuned by having the latest news and posts delivered to you for free via RSS or Email:

If you want to interact with me on the web, here are some of the places where you can find me: